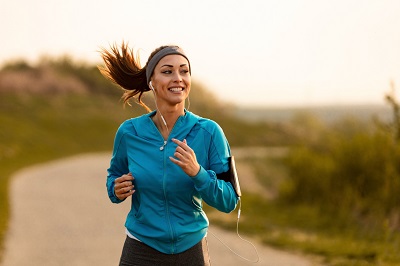 Sodium bicarbonate (more commonly known as baking soda) isn’t just for baking and cleaning – it can also benefit your health.

When mixed with fluid, sodium bicarbonate breaks down into sodium carbonate and carbon dioxide, creating an alkaline solution. It’s a natural antacid, which is why sodium bicarbonate is found in many treatments for heartburn and indigestion.

Besides combating stomach acid, sodium bicarb has been shown to produce other specific health benefits.

Intense exercise causes your muscles to produce lactic acid. If you’ve ever felt a burning sensation while working out, that’s the lactic acid. It also lowers the pH of muscle cells, which can make you feel tired.

Sodium bicarb has a higher pH which can help you train at peak levels for longer.1

Good for your kidneys

Poor kidney function can cause metabolic acidosis, meaning blood is too acidic (has a low pH). Sodium bicarbonate helps correct this imbalance and slows the progression of kidney disease.

Studies have been done on in vitro cells and animals, but more research using human subjects is needed before any definitive conclusions can be made.

All of our IV formulas include sodium bicarbonate to help correct overly acidic pH and provide other health benefits. Alkaline IV therapy raises the pH level of the blood and quickly circulates to every cell in your body.

Consuming sodium bicarbonate without a doctor’s supervision can lead to unpleasant or even dangerous side effects. Every Boost IV treatment has been designed and approved using pharmaceutical grade sodium bicarbonate and other beneficial substances.

If you’d like to know more about the benefits of sodium bicarbonate in IV drips or request a custom IV therapy, please contact our medical staff to discuss your health concerns.